I was a preacher in a house church who had always looked forward to the Lord Jesus’ return. One day, I heard the brothers and sisters in my church say that Eastern Lightning was testifying that the Lord Jesus had returned already, that Jesus had become flesh and that He was expressing the truth and performing the work of judgment in the last days. I thought this was incredible: “The Lord has returned? How could that be? The Lord’s return should be that He comes on a cloud and appears openly to us in the form of His Spirit after the resurrection. We haven’t seen anything like this occur, so how can they say that the Lord has returned already?” I therefore chose not to seek the way of Eastern Lightning.

One day, Brother Wang invited a couple of preachers to our church, saying that their sermons had the enlightenment and illumination of the Holy Spirit, and that they were highly edifying for people. When I heard this, I felt very happy, and I arranged with the brothers and sisters to gather together to hear their sermons. At the gathering, the two preachers took verses from the Bible and gave fellowship about the significance of God’s work in the Ages of Law and of Grace as well as the mystery of God’s name, and they spoke to us about how we currently live in a vicious cycle of sinning and confessing, and about how we are totally sordid and corrupt and unworthy to meet the Lord. They said that the Bible prophesies that when the Lord returns in the last days, He will perform the work of judging and purifying man so that we may be utterly rid of corruption and be qualified to enter into the kingdom of heaven. The brothers gave such enlightening fellowship and it all sounded so fresh and new to my ears. I’d been a believer in the Lord for over ten years and never had I heard such a sermon. The brothers and sisters in our church also discussed it amongst themselves, saying things like, “This kind of fellowship is so beneficial to us!” and “It would be so great to have fellowships like this at every gathering!” 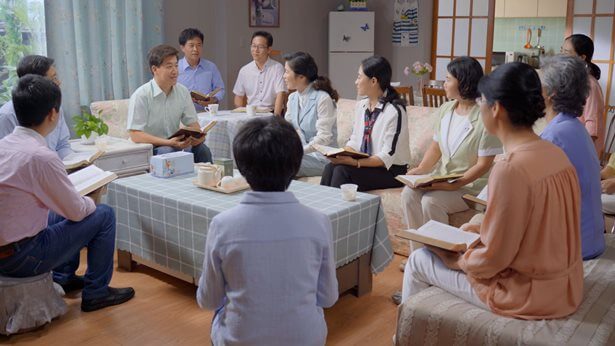